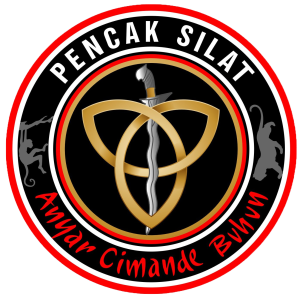 Pencak Silat Anyar Cimande Buhun translates as ‘new Cimande from old’.  Both the words Anyar meaning new and Buhun meaning old come from the Sundanese language of West Java.  A.C.B, as the system is known by is Johnny Silmon’s assimilation, interpretation and adaptation of the Cimande he has studied under two teachers – Guru Makmur Suradilaga (1953-2010) of Ciawi, Bogor and Mang Eem Suhaemi (1947-) of Purwakarta.  Mang Eem’s Silat style itself has a number of other elements aside from Cimande, those being from Sabandar, Cikalong and other local subsystems.

Pencak Silat Anyar Cimande Buhun (A.C.B) is predominantly a close range striking (pukulan) style that has both unarmed and armed elements to it. Its foundations are rooted in the jurus of Cimande Tarikolot, however, integration of Mang Eem jurus and principles have broadened its combative spectrum. In terms of animals, whilst A.C.B does not aim to move like one per se both the Macan (tiger) and Monyet (monkey) feature in terms of ‘energy, intention and tactical option’. Simply put the Macan is aggressive and forward-thinking, courageous and this relates to shutting down space with powerful crushing type strikes. The Monyet is far more mobile with swift changes of angles and directions, quick reflexes and whipping, scratching type movement. In terms of combative ranges all are covered however A.C.B is optimised in the standing close range. With that being said it is as adaptable on the ground but will seek to get back to its feet as fast as possible. The thought process behind this is that Pencak Silat Anyar Cimande Buhun has been engineered around non rule based fighting; in other words, any and everything goes!  This could mean more than one aggressor is attacking you, or the ground that you find yourself laying on could be covered with broken glass or any other sharp debris.  As such trying to stay on your feet may offer the best possibilities for damage limitation. Of course every scenario should dictate the most appropriate actions.

In the later stages of the system, there are numerous ‘Tenaga Dalam’ or ‘inner power’ exercises as well as several esoteric methods. These are in level 7 of the system.

Pencak Silat Anyar Cimande Buhun covers seven levels (level 7 by invite only) each corresponding to a particular skill set. On successful completion of grade, a coloured ‘Ikat Kepala’ or head-wrap along with grade certificate will be awarded. Overview of grades and areas covered as follows:

Below you will find a list of the current classes and groups alongside those who are authorised to teach Pencak Silat Anyar Cimande Buhun up to their current level.

There are future plans to run teacher training programs in the ACB system. These will be made public on the site in due course.

In order to be considered as a Group Leader in which you will be listed on the site and officially recognised to deliver basic and fundamental principles of Pencak Silat Anyar Cimande Buhun, the pre-requisites are as follows:

Meeting the above criteria does not guarantee acceptance as a group leader. This will then solely be at the discretion of the Chief Instructor.

Please contact us if you wish to learn more about this and upcoming programs.

Any cookies that may not be particularly necessary for the website to function and is used specifically to collect user personal data via analytics, ads, other embedded contents are termed as non-necessary cookies. It is mandatory to procure user consent prior to running these cookies on your website.

SAVE & ACCEPT
Go to Top